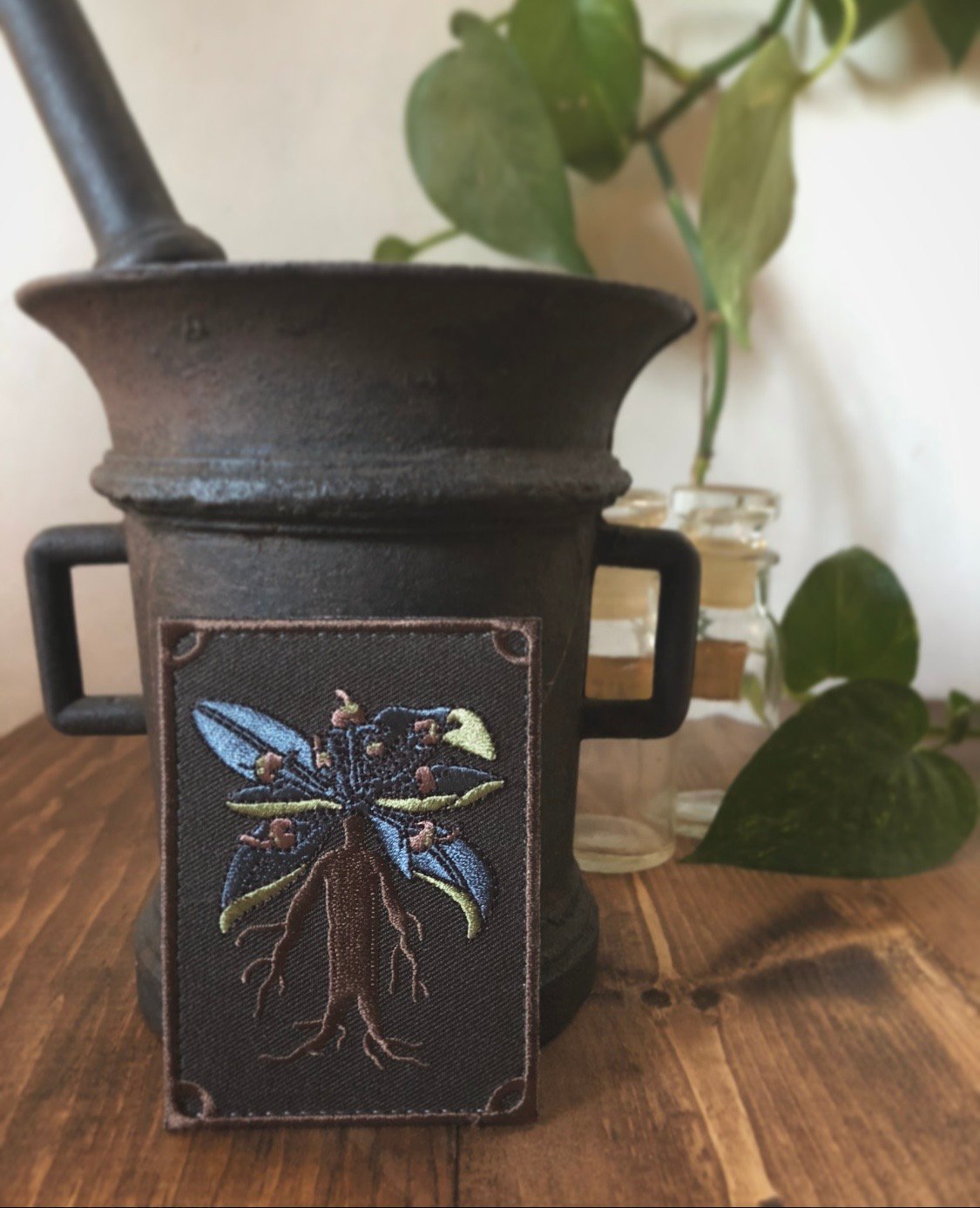 "The natural mandragore is a filamentous root which, more or less, presents as a whole either the figure of a man, or that of the virile members. It is slightly narcotic, and an aphrodisiacal virtue was ascribed to it by the ancients, who represented it as being sought by Thessalian sorcerers for the composition of philtres. Is this root the umbilical vestige of our terrestrial origin? We dare not seriously affirm it, but all the same it is certain that man came out of the slime of the earth, and his first appearance must have been in the form of a rough sketch. The analogies of nature make this notion necessarily admissible, at least as a possibility. The first men were, in this case, a family of gigantic, sensitive mandragores, animated by the sun, who rooted themselves up from the earth; this assumption not only does not exclude, but, on the contrary, positively supposes, creative will and the providential co-operation of a first cause, which we have reason to call god. Some alchemists, impressed by this idea, speculated on the culture of the mandragore, and experimented in the artificial reproduction of a soil sufficiently fruitful and a sun sufficiently active to humanise the said root, and thus create men without the concurrence of the female. Others, who regarded humanity as the synthesis of animals, despaired about vitalising the mandragore, but they crossed monstrous pairs and projected human seed into animal earth, only for the production of shameful crimes and barren deformities."

-THE RITUAL OF TRANSCENDENT MAGIC